Designed promotional website and social media widget for the U23D IMAX movie distributed by National Geographic Entertainment. The site allowed the audience to view film preview and download the film widget to their social media pages. The design featured a full-screen photo of the concert from a fan’s perspective, intended to immerse the user in the concert experience and allow them to explore the environment. The large screen was animated during page load to appear as it would have in real life, and ambient animation and sound contributed to the effect. The two smaller concert screens served as entry points into additional content. 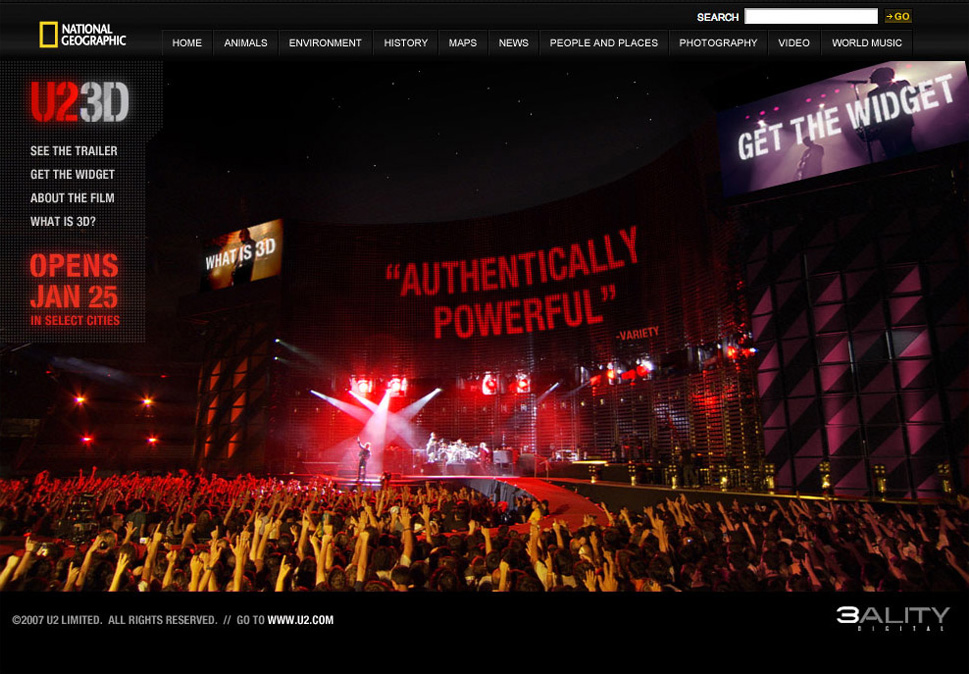 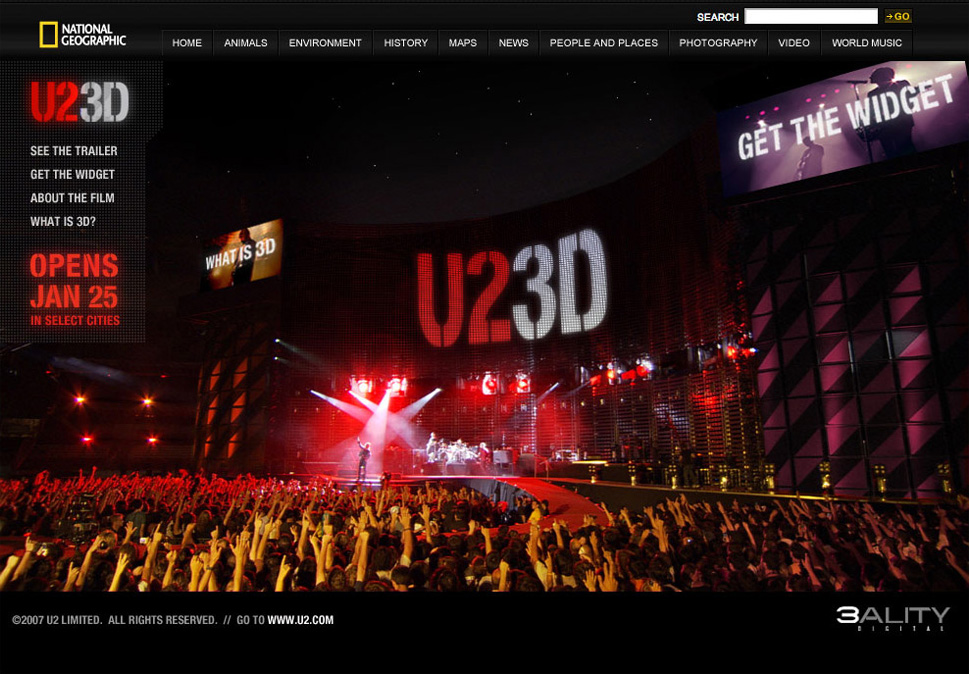 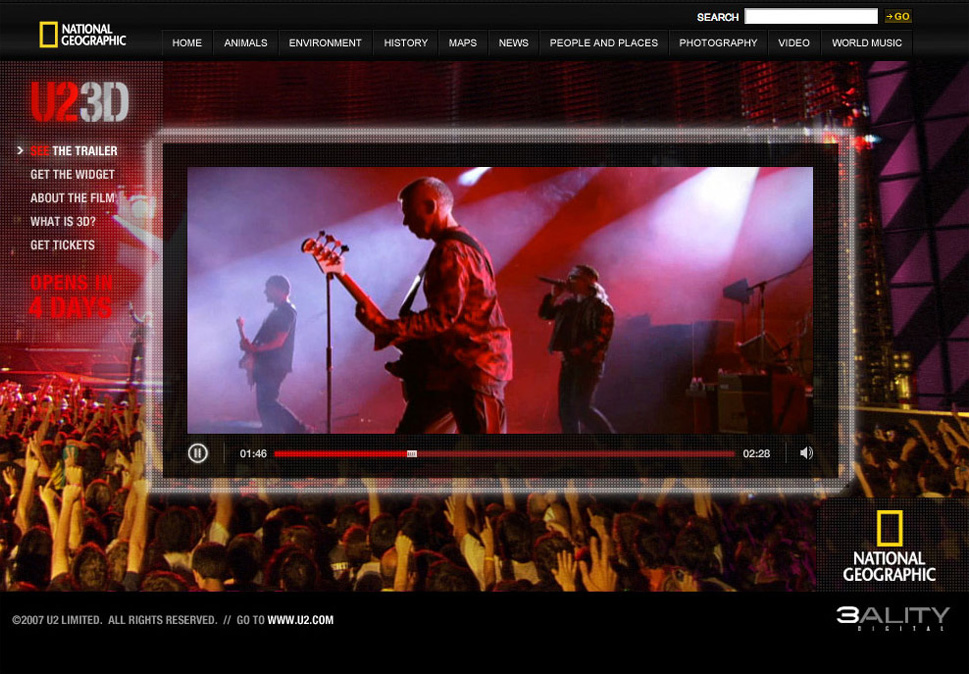 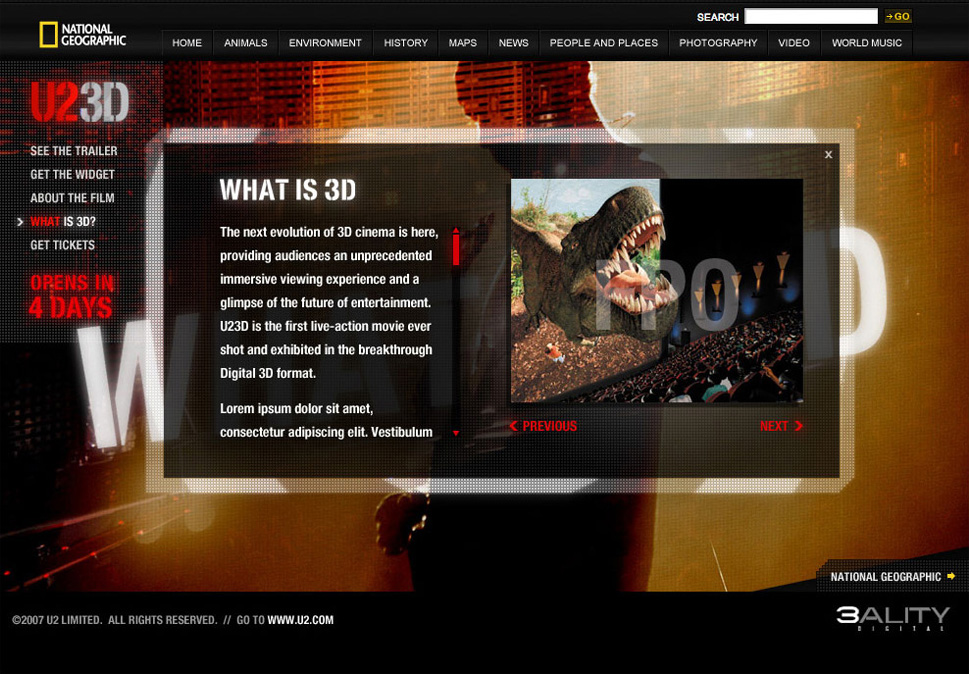